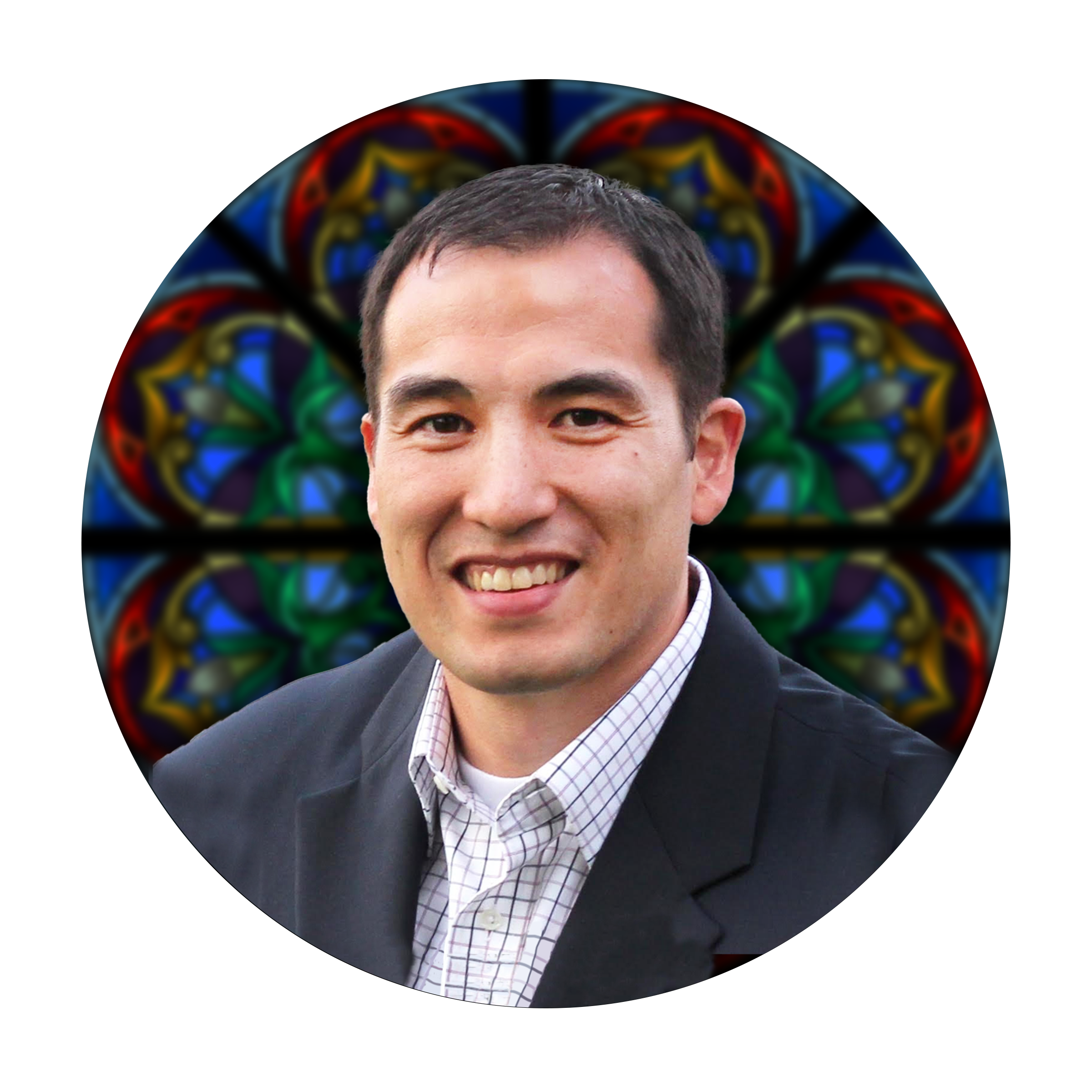 Greg Schow and Michael Mills founded Aspen Mountain Partners in 2004 to partner with and purchase companies that share the values of teamwork, growth, and quality. Aspen Mountain Partners started humbly, acquiring 4 vending machines in dormitories at a private university in Idaho. Seventeen years and 15 acquisitions later, Greg and Michael were introduced to an organization filled with passionate employees that wanted to grow, develop, and produce world-class art; Willet Hauser. It has been a fantastic match!

Michael lives with his wife Rochelle and their three (soon to be four) daughters in Richmond, VA. When not working, Michael likes to explore singletrack paths on his mountain bike, catch anything that will bite on a fly rod, and jump on a trampoline, watch swim meets, and coach soccer games with his family. Michael played soccer and studied economics and sociology at the College of the Holy Cross in Massachusetts before attending graduate school in business at the University of Virginia’s Darden School.

Greg is an Entrepreneur by heart and loves seeing organizations thrive for employees and customers. Love building organizations with passionate people to create the “Best place they’ve ever worked!” Greg graduated from the University of Utah in 2004 where he also was a walk-on on the basketball team. He loves sports and anything that has to do with teams, including basketball, volleyball, mountain biking and whitewater sports. Greg is deeply honored to be a part of the Willet Hauser team and partner in this sacred art work. Greg resides in Utah with his wife Jill and 5 children who love to escape to the mountains whenever possible, skiing, hiking or kayaking! 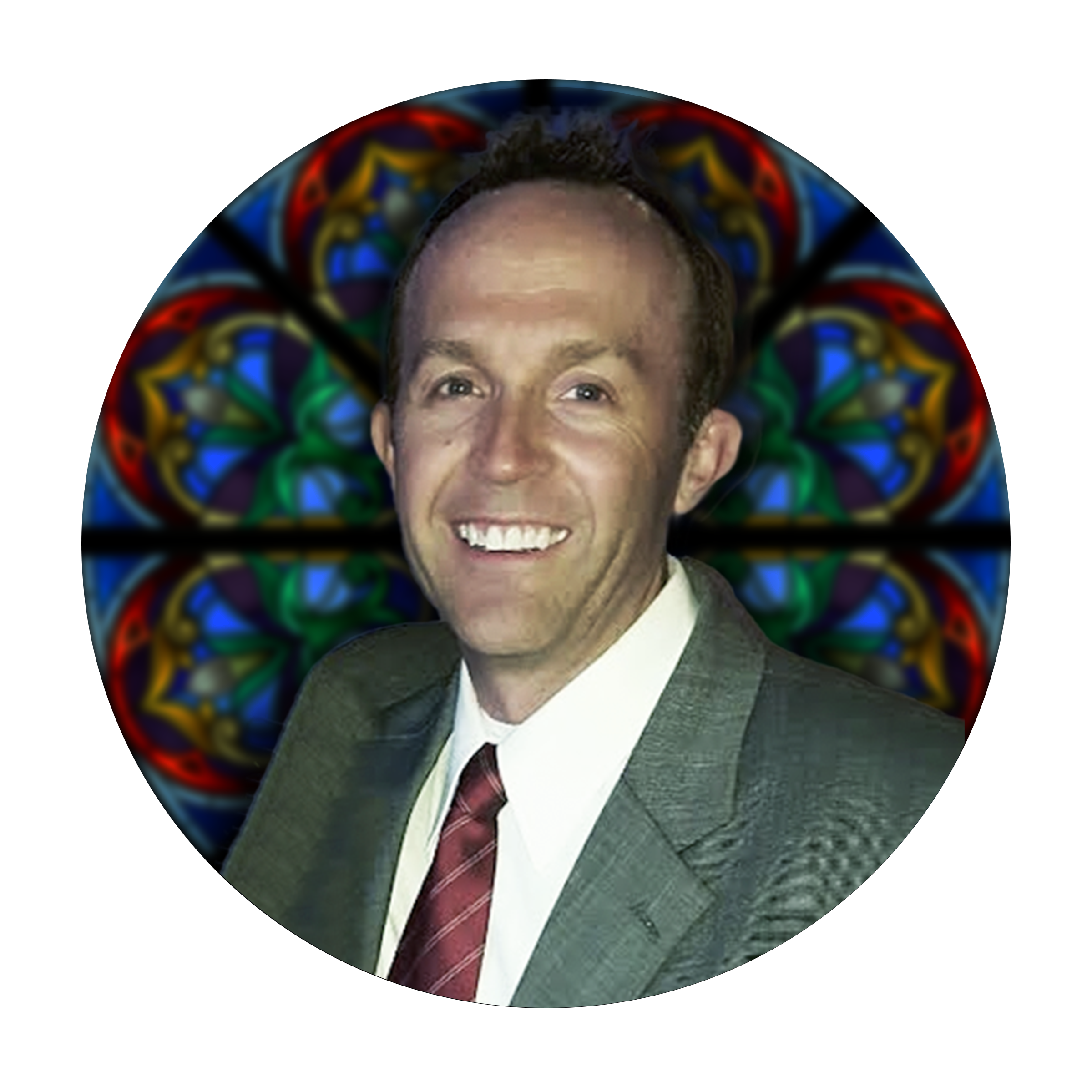 Garrick’s natural eye for design and classic training make him an invaluable team member at Associated Crafts & Willet Hauser. Garrick graduated from Saint Mary’s University of Minnesota in 2003 with a bachelor’s degree in graphic design and an emphasis on business. From 2002 to 2006 Garrick worked for a smaller studio learning to perform all aspects of stained glass including installation, protective coverings, project management, design, layout, painting, and restoration. In 2006 he joined Willet Hauser at the Winona studio where his work primarily focused on high-end restoration and conservation projects.

Since 2006 he has worked on the restoration of multiple Tiffany stained glass windows including the project for Trinity Church in Galveston, Texas where their large Tiffany window was extremely damaged in Hurricane Ike.  In 2009 he attended the Forum for the Conservation and Restoration of Stained Glass Windows held by the International Committee of the Corpus Vitrearum for the Conservation of Stained Glass at the Metropolitan Museum of Art in New York.  It was a meeting of international experts from America and Europe sharing expertise and experiences.

When Willet Hauser was purchased in 2014, he brought all of his talents to the forefront to lead both brands in his position as Vice President of Production where he continues to use his talents to help grow the company.

Born and raised into a family where dinner conversation consists of business and stained glass windows, Shelby Phillips-Henning continues her family legacy. She is the daughter of John Phillips and granddaughter of John Sr Phillips, who both have dedicated their lives to the art. She grew up playing competitive golf, where she spent her time traveling the country playing in golf tournaments while her father did sales calls. In her junior year of high school, she was offered a full-ride scholarship to the University of Iowa, where she committed and play four years of the collegiate level.

In the spring of 2015, She earned a Bachelor’s Degree in Sociology (criminal track) and a minor in human relations. After graduating Shelby joined the team at Associated Crafts & Willet Hauser as the Director of Human Resources where she has had the opportunity to help create an engaging culture and teamwork atmosphere. Shelby has been able to learn many roles since she joined the team in 2016, and continues to evolve her knowledge in both stained glass and in business. 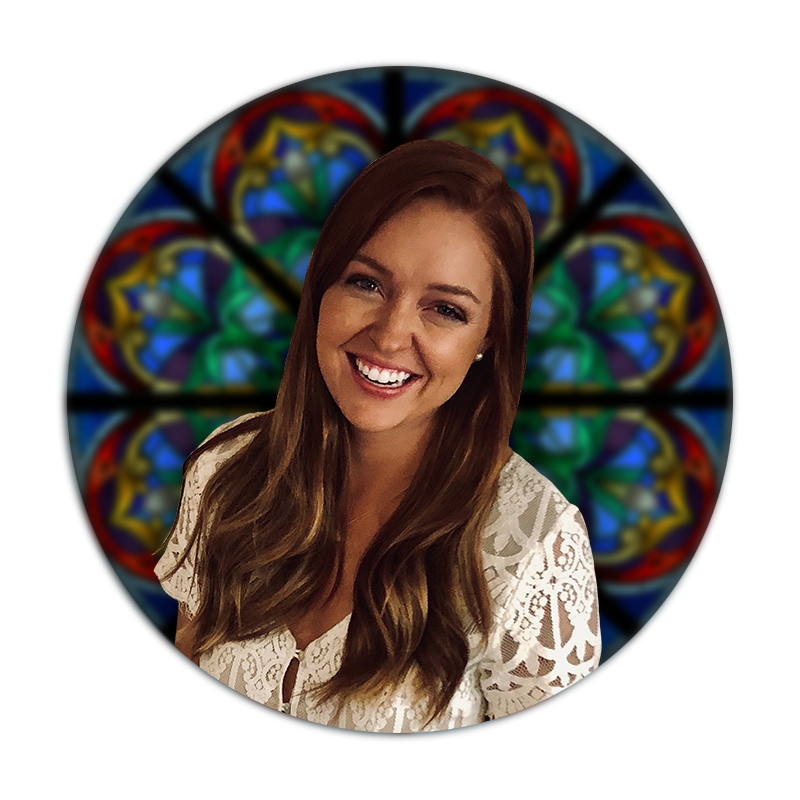 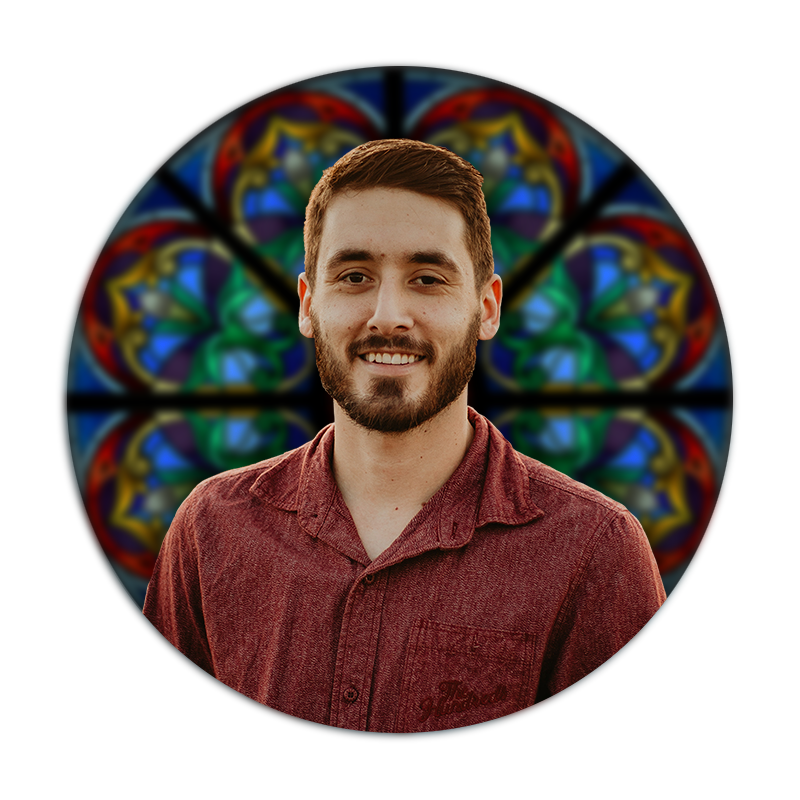 I grew up in Gilbert, Arizona and never left. If I am not working I am going on random adventures with my wife, Shelby, and our boys, Dash and Dutton.  I was offered a position in 2018 as a sales consultant for Associated Crafts and Willet Hauser. Over the past few years, I have got to work in multiple positions. During my years with Associated Crafts and Willet Hauser, I have learned so much and have been able to be a part of something great. Since day one I was welcomed into a second family and got to enjoy working every day with people that may have different passions but have the same end goal and that’s to continue to help preserve the stained glass history around the world. Truly excited to watch everyone and the company itself grow!

With a career that has spanned over a quarter of a century, Kathy Jordan is well-known in the industry for the restoration and preservation of historic stained glass.  With focused energy and a wealth of experience, she serves as the Director of Art Development for Willet Hauser Architectural Glass.

In 2014 Jordan was selected to lead the direction of Willet Hauser into the next phase. Her broad experience relates to a variety of styles, giving the studio the ability to expand the spectrum of work produced.

Recognized and regarded as one of the best glass painters in the country, Jordan specializes in historic vitreous paint replication and condition assessment. She has vigorously sought out and studied nationally and internationally with notable industry leaders and accomplished glass artists over the past two decades, exploring
and acquiring traditional and contemporary approaches. 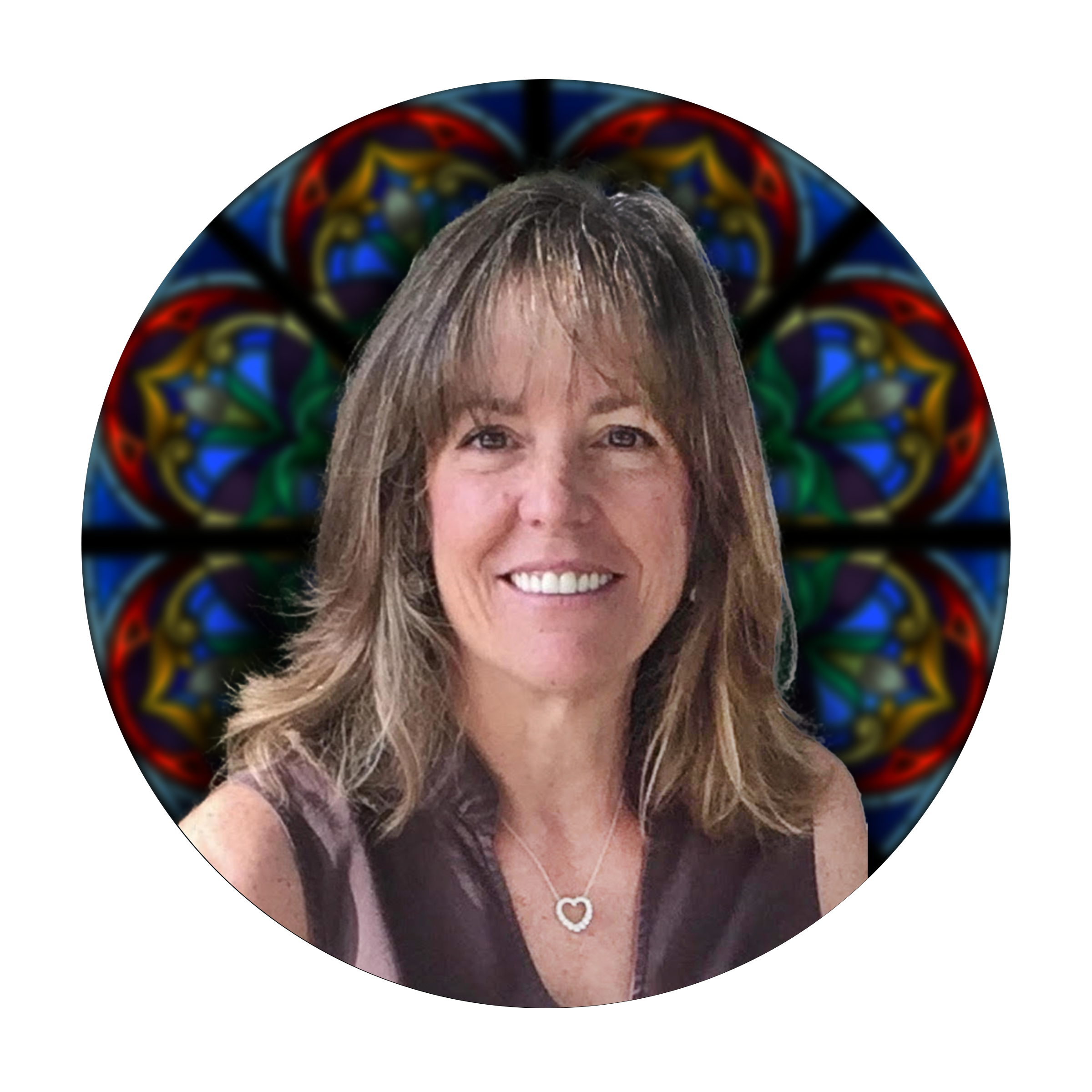 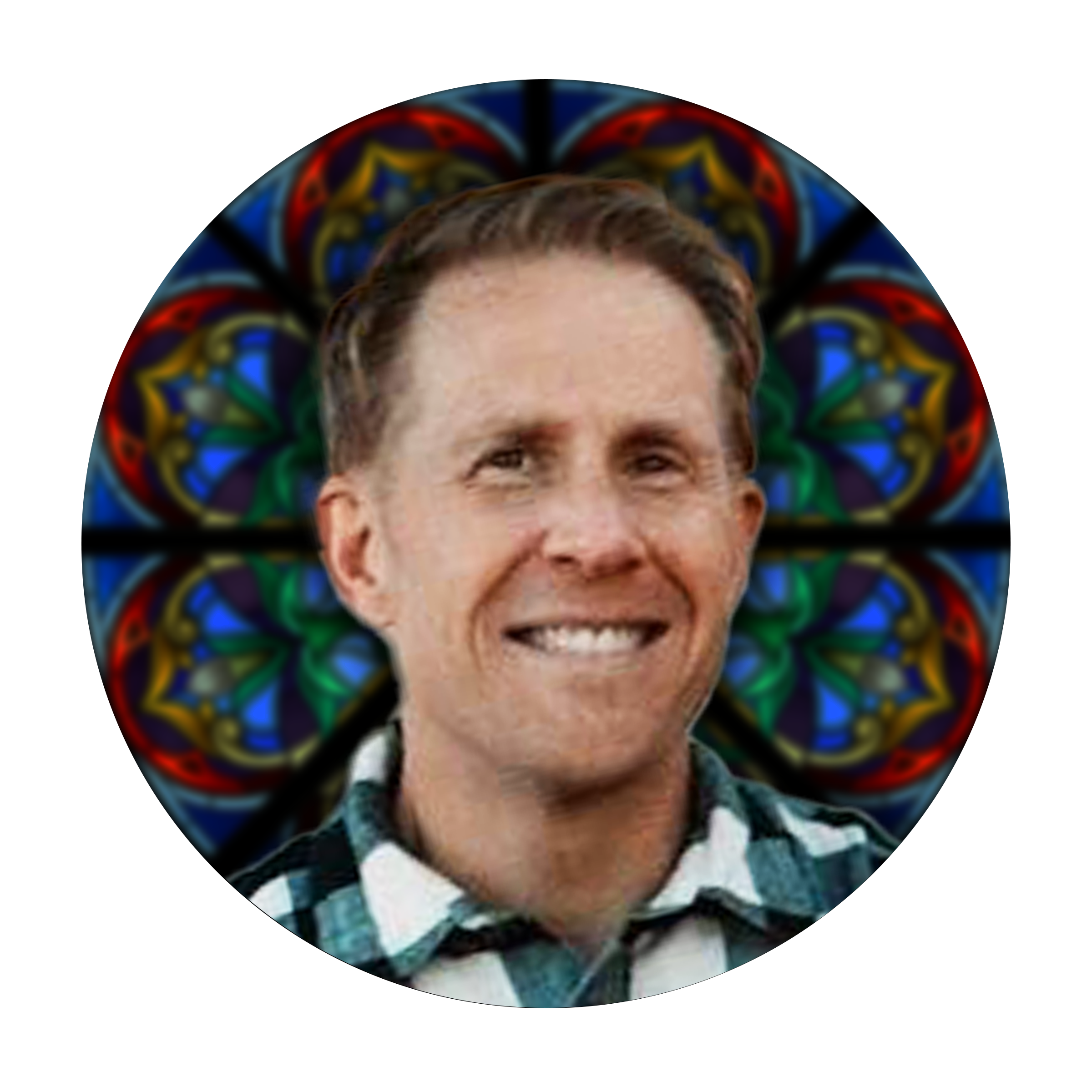 Bryce is a lifelong learner, and subscribes fully to the philosophy of Kaizen and continuous improvement in both personal and professional spheres. Bryce played rugby and trombone (not at the same time) while he studied at Brigham Young University until his graduation in 2007 with a degree in Business. After working as an analyst with a global investment firm, he decided to pursue an MBA at the University of Virginia.

He joined Danaher after graduation in 2013 and worked through several leadership roles in business development, sales, marketing, and product management until he joined Associated Crafts & Willet Hauser in 2022. Bryce is excited to work with the team to improve client experiences, strengthen processes, and ensure the team’s beautiful artwork is admired in communities around the world. He lives with his wife and two daughters in Richmond, Virginia where they enjoy playing music, camping, and cycling.

As an entrepreneur with a long history focused in the stained glass and construction businesses, John Phillips Jr. has the unique understanding of how art and construction meet through the preservation, restoration, and design of historic windows.

John became acquainted with the world of stained glass as a young boy. He would accompany his father John Phillips, Sr., who was employed as Hauser Art Glass’ east coast studio consultant, on visits to churches. During this time he learned the many facets of the stained glass field, from art to business.

John eventually went on to work for his father, and later consulted for other studios before performing contract work for Willet Hauser.

In 1997, he and his wife Mary started their own stained glass studio, Associated Crafts, which quickly grew to become one of the largest and most respected restoration studios in the nation.

His relationship with Willet Hauser came full circle when he was given the opportunity to purchase the business in 2013 after Jim and Mike Hauser decided to pursue retirement. The Hauser’s, having known John since he was 8 years old, mentored and taught him over the years and witnessed him grow within the industry. They realized that he had the knowledge, integrity, and desire to carry on the tradition of their iconic American stained glass studio. With the acquisition complete in 2014, John Phillips, armed with passion and a talent for team building, led the way for a re-awakening of the studio, a renaissance of talent, spirit, and dedication to the craft, necessary for posterity. 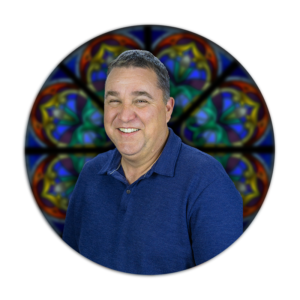 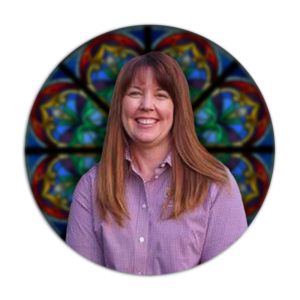 Born and raised in Iowa on a farm, Mary attended Murray State University on a rodeo scholarship. Her field of study was accounting. During Mary’s time at Murray State she met her future husband, John D Phillips. They were married in Pennsylvania and lived there a year before their son JW was born. They then moved to Iowa a few years later where Shelby was born. In 1996 the family moved to Arizona where Mary worked for America West Airlines starting in the reservation department, eventually advancing to management as a supervisor for many departments. Mary finally settled in the emergency planning and response department.

After recognizing the growth of the family stained glass business Mary decided to leave the aviation business to help build Associated Crafts® & Willet Hauser as co-CEO.

Our team makes the work happen and works hard to make it all seem simple.