For Christians all across America, this weekend is more than a holiday, it’s a Holy Day.  While most years folks celebrate with church services, festive family meals, Easter egg decoration, and gift-giving, this year is a little different. So, stay indoors, maintain social distance, and let’s talk about Easter and the ways in which that most sacred of days is depicted through the art of stained glass.

While Easter celebrations may differ across the globe, what they celebrate remains the same: the resurrection of Jesus from the dead, as described in the New Testament, having occurred on the third day after his burial following his crucifixion by the Romans at Calvary c. 30 AD.

Easter has a lot of symbological ties to Passover, the Jewish holiday that predates it. It was on or near Passover when Jesus was arrested by the mob, taken to Pontius Pilate, tried, and crucified as told in the Gospels. Following the crucifixion, Jesus is taken and buried in a tomb where three days later he rose again. His resurrection is one of the key tenets of Christianity, establishing Jesus as the Son of God and evidence that God will judge Earth.

So, of course, it’s clear that this defining event in Christianity would adorn the stained glass windows of churches around the globe, it is this moment that Jesus’s divinity was proven and he died for our sins.

Before we jump into wonderful, beautiful, and truly awe-inspiring images, let’s just briefly touch on the main Easter images you’ll see in stained glass. The most prevalent is the Crucifixion, followed by the Resurrection, and following that are windows like this one from the Christ Church Episcopal School that depicts more of the Passion and the events preceding the Crucifixion.

A picture is worth a thousand worths, and works of art like stained glass may well be worth a million! 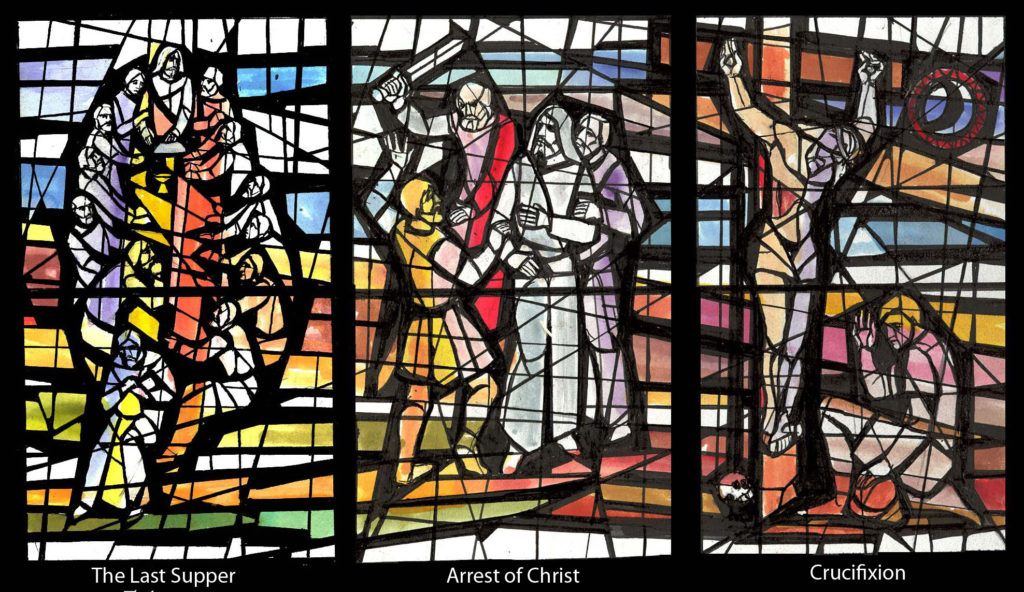 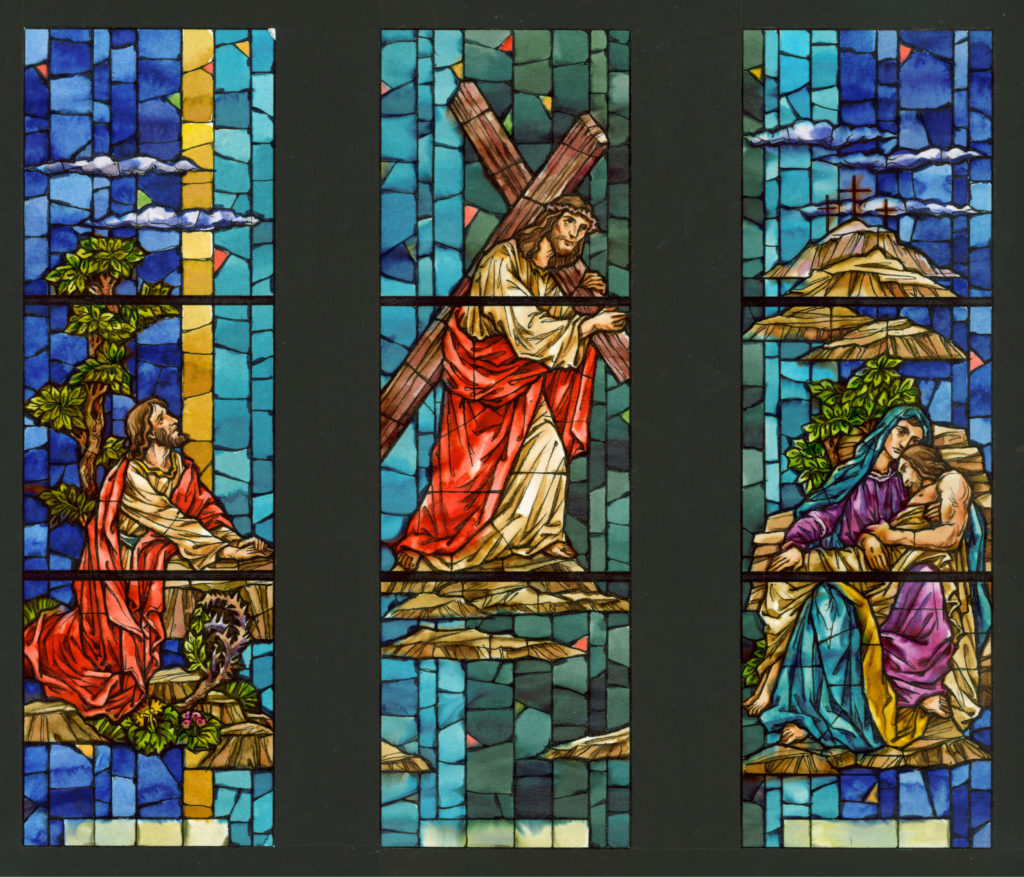 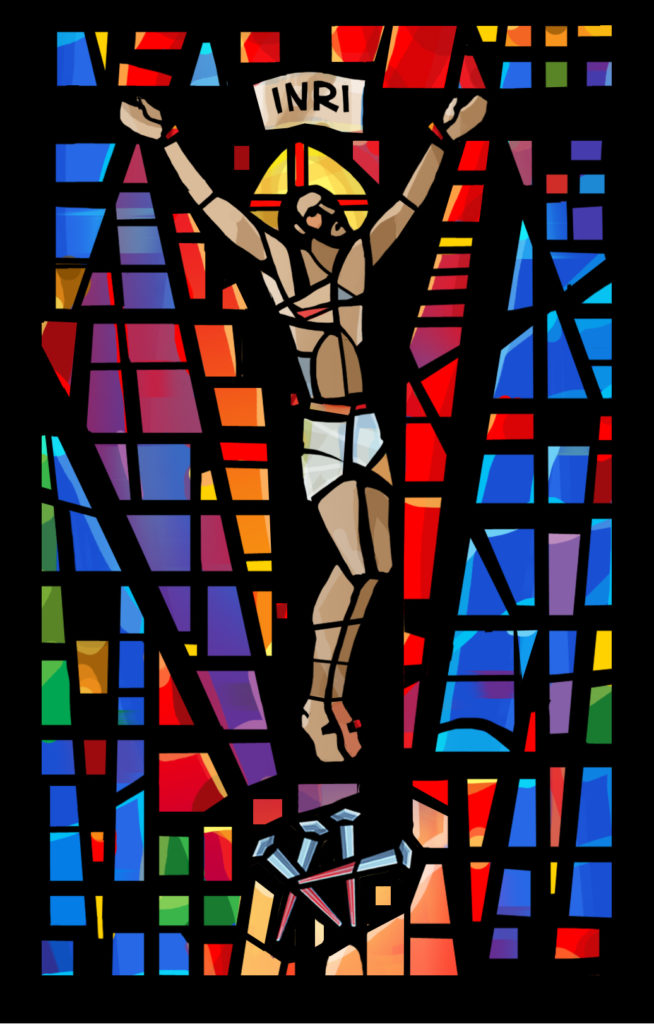 In many of these, you’ll see ‘INRI’ above Jesus while he is on the cross, this is an initialism for “Jesus, King of the Jews,” the sign Pilate put up above Jesus. 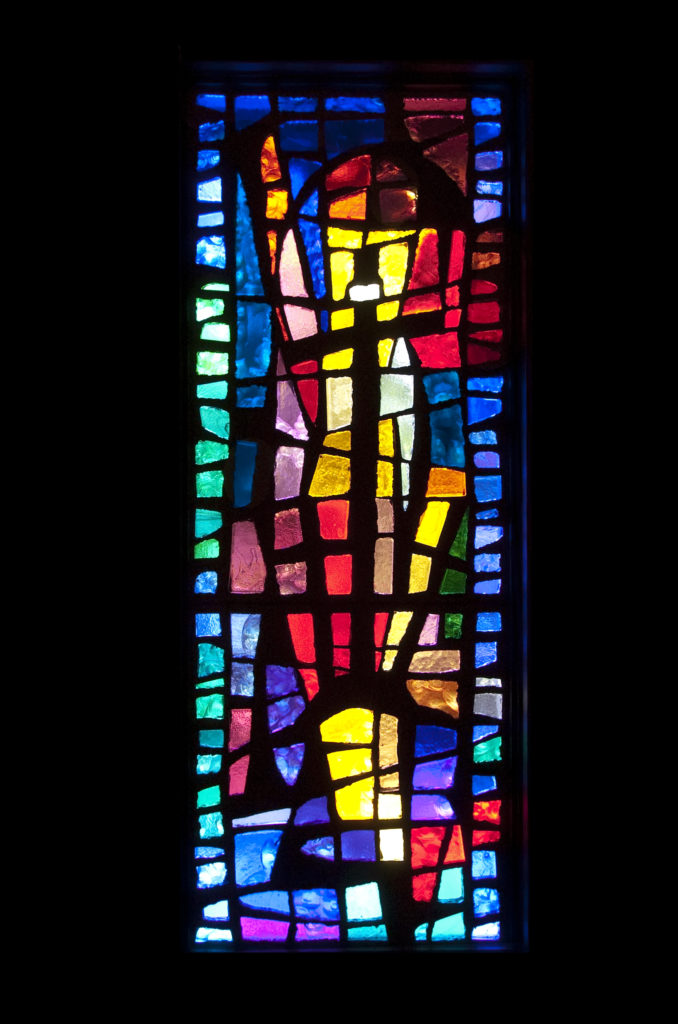 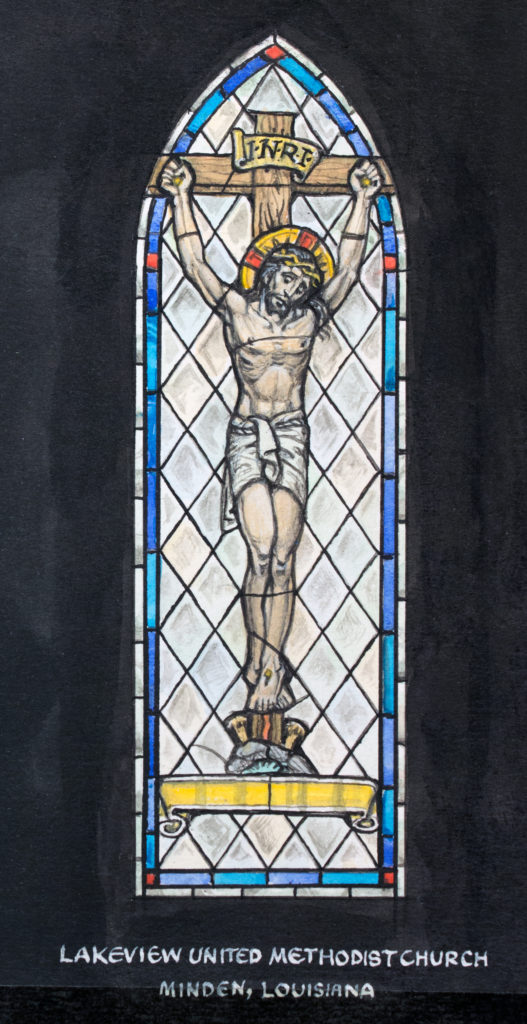 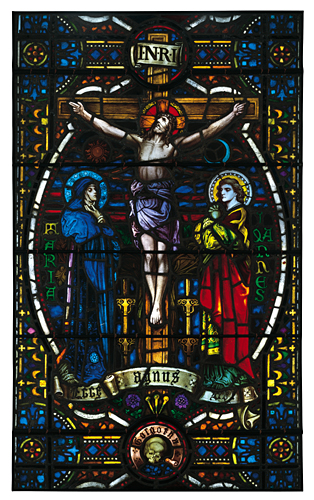 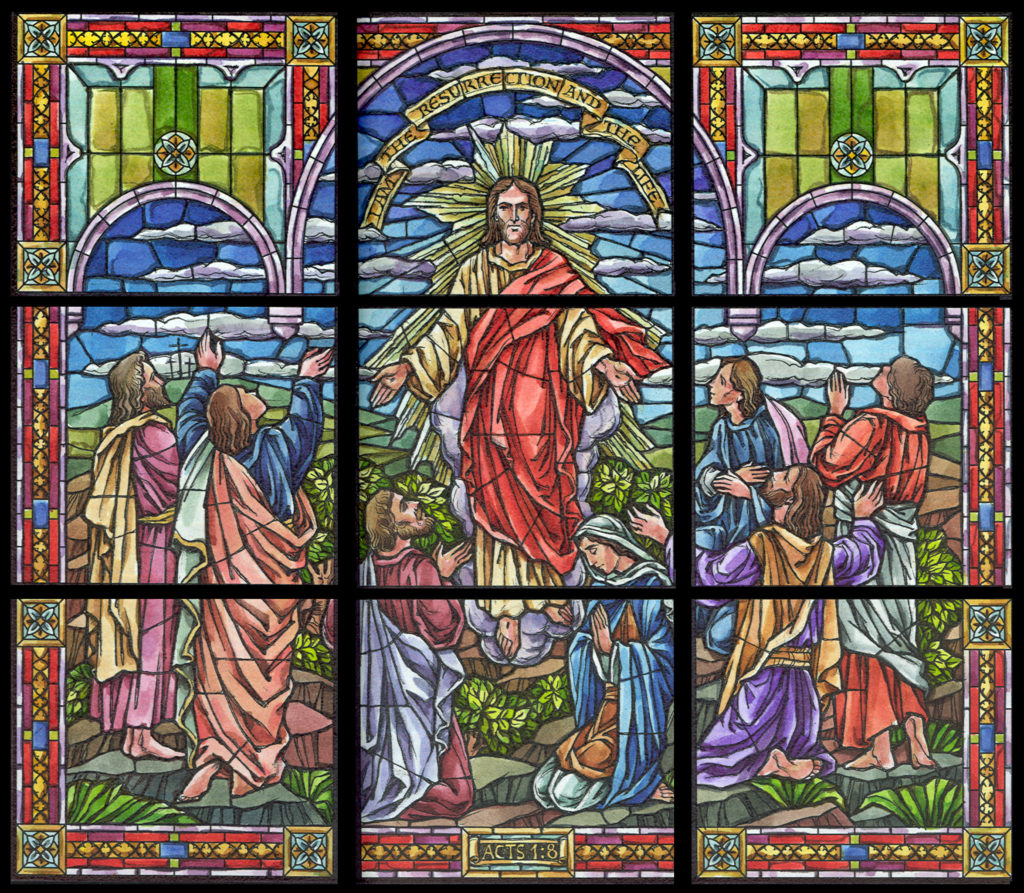 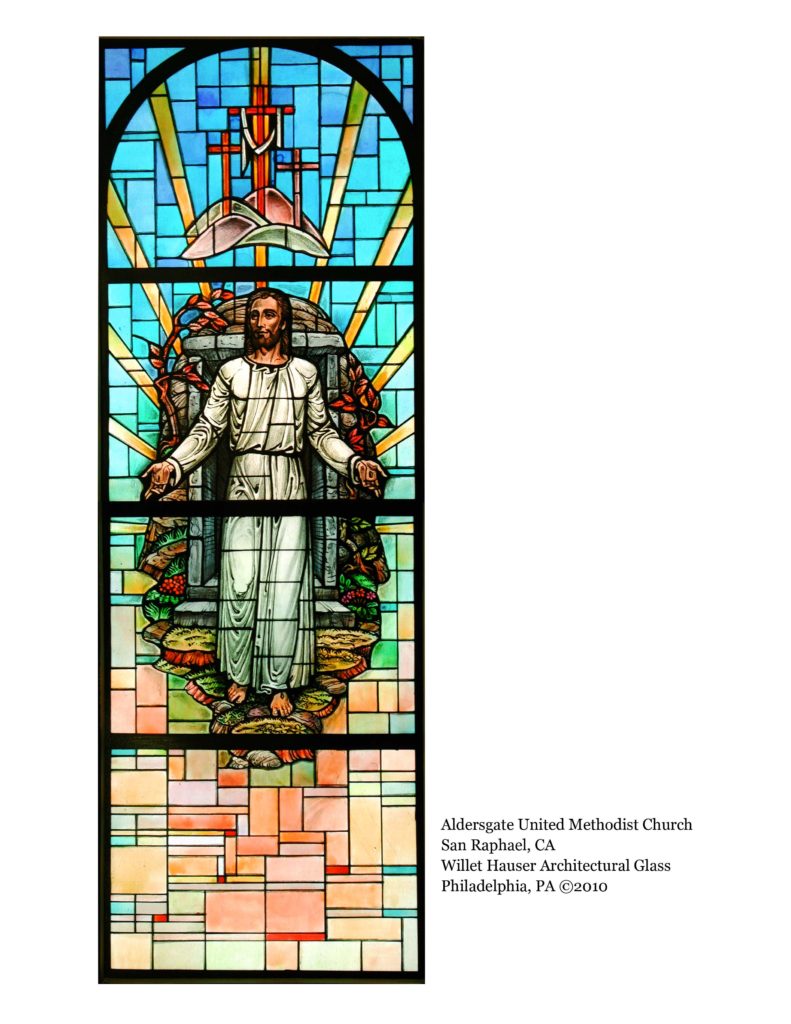 And here’s an Easter gift from us to you! We searched through the archives and found some black and white sketches and plans for stained glass windows. Download our Coloring Book, print it out and have fun coloring the windows in with your family.

Happy Easter from everyone here at Associated Crafts and Willet Hauser!